Livestock Farm Complex, a constituent Department of VC&RI, Orathanadu comprises of Dairy, Buffalo, Sheep, Goat, Piggery, Poultry, Fish Production and Fodder Production units. The animal units are functioning with the objectives to serve as instructional farm, to maintain elite flocks of Jersey crossbred cattle, Murrah buffalo, Pattanam sheep, Local goats, Large White Yorkshire pigs, Nandanam Chicken, Japanese quail, Ducks and Turkeys to improve the productive and reproductive performance by scientific management in breeding, housing and diseases and to provide research facilities on these species and to supply breeding stock to the farmers. This unit houses 90 numbers of cattle, 25 numbers of buffalo, 50 numbers of sheep, equal number of goats and more than 20 pigs and generating revenue of nearly 50 lakhs rupees every year by supplying breeding animals, milk and fodder slips.

The fodder unit is functioning under this Department to serve as instructional farm, to produce fodder for livestock feeding, to develop fodder crops and to supply seeds and slips of different fodder crops to the farmers. Nearly 22.5 acres of non-leguminous and 1.5 acres of leguminous fodder cultivation is being undertaken under rain gun irrigation system. In addition, rainfed cultivation is being carried out in 10 acres of land. This unit supplies around 4 tonnes of green fodder every day to different livestock and horse units of the college. Annually more than 1.5 lakh Cumbu Napier (Co-4) and (Co5) setts are being supplied to the needy farmers. The First year B.V.Sc. & AH, students attend all the constituent units of LFC and imparted with hands-on training on various aspects of livestock farming and fodder production. UNITS

The cow unit of this Department consists of a modern cow shed with cubicle loose housing system to house 80 dairy cows, a calf shed with 20 individual pens and four group pens, a heifer shed and a bull calf shed. This unit is attached with a modern herringbone milking parlour for hygienic milking of eight animals at a time. Parameters like herd average, wet average, age at first calving and inter calving period are recorded in this unit.

The buffalo unit of this Department Murrah buffalo. Parameters like herd average, wet average, age at first calving and inter calving period are recorded in this unit.

Local goats of Thanjavur are being maintained in this unit. The production and reproductive traits recorded in this population are age at first kidding, kidding interval, incidence of multiple births, birth weight, weaning weight, weight at market age, growth rate and mortality percentage.

Different species of poultry like Chicken, Japanese quails, Turkeys and ducks are maintained in deep litter and semi-intensive system in this unit. The data on hatch weight, age at maturity, weight at maturity, egg production, fertility, hatchability, feed efficiency and livability are being recorded

Details of fodder and area under cropping (acres)

A model integrated farming system of Fish-cum-duck-cum fodder production unit has been established in one acre land. Muscovy and common duck farming is integrated with pisciculture and paragrass is grown on the bund sides of the pond. 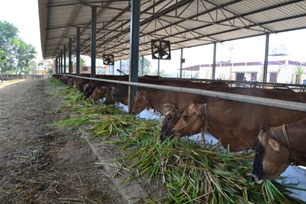 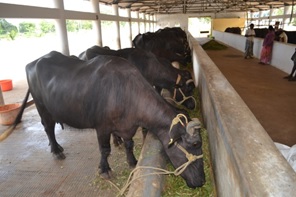 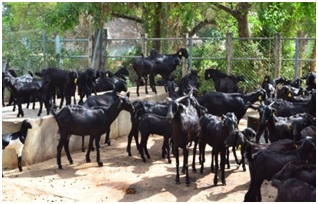 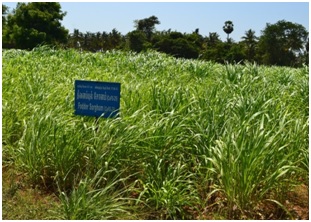 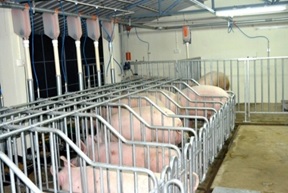 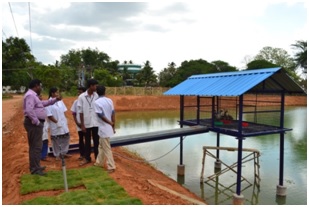 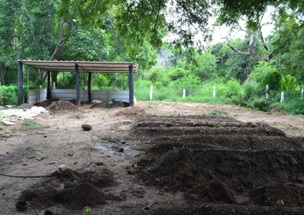 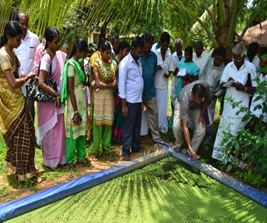 The courses offered by this department to the undergraduate students are

The following Entrepreneurial Training Programme (Non-credit) is being offered to the BVSc students;

'Establishment of Modernized Piggery Breeding Unit' with the budget outlay of Rs. 65 lakhs (Rupees Sixty five lakhs only) is under progress with the financial support from National Livestock Mission, Govt. of India.

Supply of Inputs to the Farmers:

The Professor and Head