The origin of this station could be linked to the implementation of an ICAR funded research scheme on "Studies on carcass characteristics of Mecheri and Mandya lambs" at Alamarathupatti village of Kolathur Block in Salem district from 12.02.1971. The Mecheri Sheep Research Station was started on 05.06.1978 at Pottaneri Panchayat of Mecheri Block in Salem district with the aim of improving the Mecheri sheep which was considered to be the best indigenous mutton breed of Tamil Nadu. 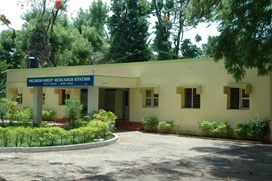 The soil profile of this area is loamy in the plain and rocky in the hills. The average annual rainfall is about 894 mm. The rainy season commences from July and continues till the end of November. The average maximum and minimum temperatures are 34.3°C and 21.9°C respectively. 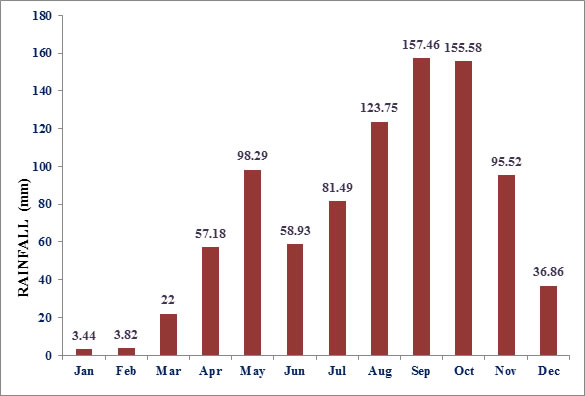 Nucleus flock of Mecheri sheep breed is being maintained at this station to carryout various genetic improvement programmes and to supply superior germplasm to the farmers.

Mecheri sheep are distributed in Salem, Namakkal, Erode, Karur and parts of Dindigul and Dharmapuri districts of Tamil Nadu. The name Mecheri has been derived from its place of origin i.e., Mecheri block in Mettur taluk of Salem District. The place Mecheri is said to be derived from “Mechal Eri” (Mechal - grazing of sheep and Eri-pond). The Mecheri sheep has other synonyms like Thuvaramchempuli, Maiylambadi and Kannivadi. Mecheri sheep with typical morphological features are seen in Tharamangalam, Omalur, Kolathur and Mecheri blocks of Salem district.

Mecheri sheep are medium sized animals with compact body and covered with short hairs, which are not shorn. They are light brown in colour. The profile is slightly Roman nose. Mecheri sheep is classified under polled breeds of sheep. Both males and females are polled. The legs are medium sized, straight and medium in length, squarely set under the body. The hooves are brown or black in colour. Udder is not well developed. It is small and round, tightly attached to the belly with small conical teats placed laterally. The teats are directed slightly outward.

The leather made from Mecheri sheep skins have higher tensile, tear and grain crack strengths as compared with leather made from mixed origin. With regard to organoleptic properties of skin, the Mecheri skin is better in quality in terms of softness, grain tightness, fullness, surface smoothness, and uniformity of colour and general appearance. The hand evaluation assessment and strength characteristics determination reveals that the Mecheri sheep skins are superior and are suitable for higher quality garment or upper valued leathers. The special features of this breed are early sexual maturity, superior skin quality and high dressing percentage (Read more)

Nucleus herd of Salem Black goat breed has been maintained at this station to implement genetic improvement programmes and to supply superior germplasm to the farmers.

Salem Black goats are distributed in north-western agro climatic zone of Tamil Nadu and are reared mainly for meat. The name “Salem Black” has been derived from its place of origin and coat colour. The name Salem has been derived from the place called Salem (i.e., Salem districts of Tamil Nadu), where this breed has been actually originated. Since, this breed is completely black in colour; called as Salem Black goats. It has synonym viz., Karuppuadu. They are mainly distributed in Salem, Dharmapuri, Krishnagiri and adjoining areas of Erode and Namakkal districts. Salem Black goats with true-to-type are present in Mettur and Omalur taluks of Salem district as well as Pennagaram, Palakkodu and Harur taluks of Dharmapuri district.

Salem Black goats are tall animals with lean body and the coat colour is completely black in colour. The head is medium in length with medium to broad forehead. The ears are medium in size, leaf like and semi-pendulous. In adults, both males and females have horns and they are ash grey to grey in colour with no typical horn pattern. They have long, lean and straight legs squarely set under the body. The hooves and dewclaws are grey in colour. The tail is thin, medium in length and curled upwards. Males have fairly long, straight and rough hairs on the neck and withers and all other parts have short and soft hairs. Udder is not well developed. It is small and round and tightly attached to the belly with small conical teats placed laterally.

In pasture section different pasture fields has been established with grasses and legumes as well as different fodder trees have been grown to meet the fodder production of this station. For effective water utilization different micro-irrigation systems have been used.

The fodder slips and different fodder seeds are sold to the farmers. (Read more)

A model fodder plot with various fodder varieties has been established at this station. The different fodder seeds and slips have been sold to the farmers (Read more)

A vermicompost unit has been established and maintained for the production and supply of earth worms and vermicompost to cater the needs of the station as well as farmers.

Vermicomposting is the process of degradation of organic wastes by earthworms to achieve three objectives viz.,

Any type of containers can be used. The number of earthworms will depend on the container size. A volume of 0.3 m3 (1 m x 1 m x 0.3 m ) can accommodate 2000 worms. The container can be constructed in brick masonary and cement, wood or even plastic trough can be used. Composting has to be done under a roof to avoid direct sunlight and rain.

In Mecheri Sheep Research Station, Pottaneri, three different types of vermicompost models have been established for demonstration to the farmers and vermicompost production. The earthworm Eudrillus eugeniae is used in all the three models. The vermicompost and earth worms are sold to the farmers(Read more)

Azolla unit has been established with different models for the propagation of Azolla as a fodder among the farming communities in and around this station. Azolla (Azolla sp.) is an aquatic fern consisting of a short, branched, floating stem, bearing roots which hang down in the water. The leaves are alternately arranged, each consisting of thick aerial dorsal lobe containing green chlorophyll and a slightly larger thin, colourless, floating ventral lobe. Plant diameter ranges from 1.0 to 2.5 cm for small species such as Azolla pinnata and 15 cm or more for Azolla nilotica. Azolla plants are triangular or polygonal in shape, and float on the surface of the water, individually or in mats. The most remarkable characteristic of azolla is its symbiotic relationship with the nitrogen-fixing blue-green alga (cyanobacterium) Anabaena azollae. The fern provides nutrients and a protective cavity in each leaf to Anabaena colonies in exchange for fixed atmospheric nitrogen and possibly other growth-promoting substances. Water is the fundamental requirement for the growth and multiplication of Azolla as the plant is extremely sensitive to lack of water. Although Azolla can grow on wet mud surfaces or wet pit litters, it prefers a free-floating state. Azolla grows best in full to partial shade (25 to 50 per cent of full sunlight). Growth decreases quickly under heavy shade (lower than 1500 lux) and more than 50 per cent of full sunlight reduces photosynthesis. The optimum relative humidity for azolla growth is between 85 and 90 per cent. Azolla becomes dry and fragile at a relative humidity lower than 60 per cent. Successful cultivation of azolla requires the application of a certain amount of phosphorus fertilizer (0.5 to 1.0 kg P/ha/week). Three different azolla units have been established for demonstration and also for utilization as a feed for the animals maintained in this station. Azolla seeds have been supplied to the farmers for establishment in their premises(Read more)

In order to promote roof top vegetable garden in urban areas, a model vegetable garden unit has been established for demonstration to the farmers. Roof gardens are most often found in urban environments. Available gardening areas in cities are often seriously lacking, which is likely the key impetus for many roof gardens. The garden may be on the roof of an autonomous building which takes care of its own water and waste. Plantings in containers are used extensively in roof top gardens. At Mecheri Sheep Research Station, Pottaneri, the vegetable plants are kept in specific pots for demonstration as well as vegetable production(Read more)

Production Performance of Sheep and Goat at MSRS Pottaneri 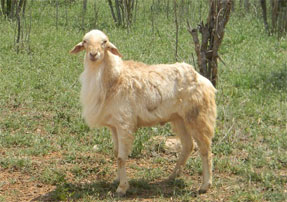