The feed mixing unit was established at Poultry Research Station, Nandanam, Chennai- 35 During 1985, the pelletizer scheme functioning at the Dept. of Animal Nutrition, Madras Veterinary College, Chennai- 7 was transferred to Poultry Research Station, Nandanam. From 1985 to 1992, it functioned as pelletizer plan scheme. During this period, feed was prepared and supplied to Livestock Research Station, Kattupakkam also, by using the material supplied by them. The Centralized Feed Mixing Unit is a Self Financing Unit established in 2003. Funds/Profit generated at this unit is utilized for meeting out most of the recurring expenditure. The feed prepared at this unit is being supplied to various units of TANUVAS and Dept. of Animal Husbandry, King's Institute, other Educational Institutions, Private Research Institutes, Hospitals and Public. This unit was renamed as Central Feed Technology Unit during 2009. The unit was shifted to PGRIAS Campus during Feb'2011 and functioning as independent unit from April 2012. It has two types of feed plants.

CFTU is situated about 45 KM in GST road from Chennai. 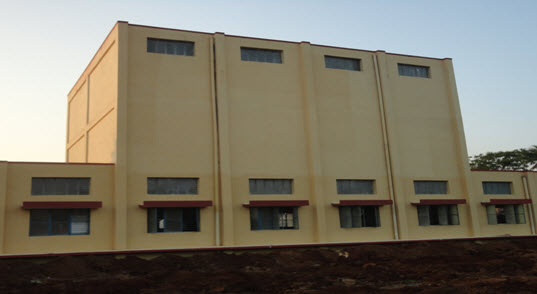